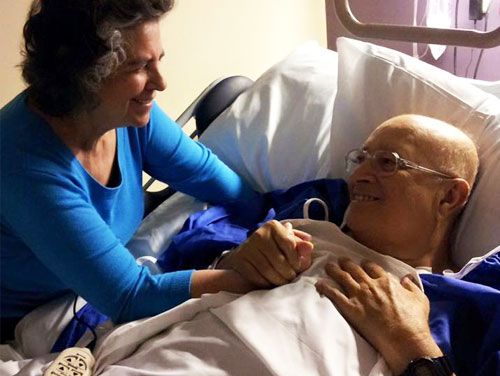 The light turned and I crossed the intersection. Time to call my mom. Dad had just passed away a few months ago after a long battle with leukemia and heart disease.

“How are you this morning, mami?” “I’m doing ok.” she answered. “I was going through some of your dad’s things yesterday, so it was a little bit of an emotional day. But I came across your birthday present. When can you come by so I can finally give it to you?”

I knew what she was referring to. Much earlier in the year, before my dad’s final extended hospital stay, I went to visit my mom and dad.

“I have your birthday present ready for you!” My dad excitedly told me. “Gracias, Papi, but you didn’t have to get me anything. Just getting to spend some time with you is all I want or need.” I said, as I held his hand. His hand, though it had grown frail in recent months, still had strength in it.

“Oh, I know. But I want to give this to you. One problem, it’s at your sister’s house.” My sister lived about 30 minutes away – at least 45 in typical Miami traffic.

“When you are ready,” I told him, “We will both go over and you can give it to me in person.” “Sounds like a plan – esta bien.” He agreed. However, life takes some difficult turns, and soon my dad fell ill again and was back in the hospital. While at the hospital, I spent numerous nights with him and he frequently would state, “As soon as I get out of here, my top priority is to give you your birthday present.” I would try to let him know that it was okay – but it increasingly became a concern for him. Finally, the end came. The LORD called him home on July 20th, 2015.

When I arrived at my sister’s house in September, my mother took me upstairs to the spare bedroom. “Your father wanted to give you this in person, but he never got the chance – he got too sick and never made it back out of the hospital.” I was not expecting what she handed me – a large wrapped canvas. As I unwrapped my present, I discovered a beautiful painting of a lighthouse. The painting includes the following Bible verse:

A Psalm of Fearless Trust in God.

A Psalm of David.

The Lord is my light and my salvation—

Whom shall I fear?

The Lord is the refuge and fortress of my life—

Whom shall I dread? 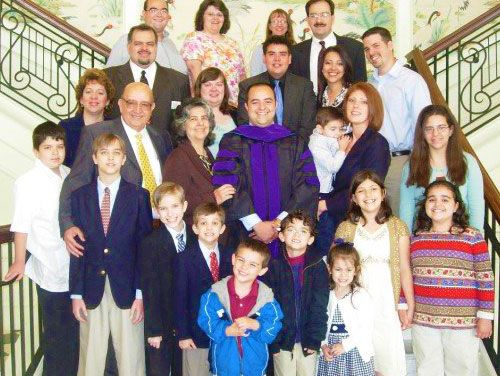 For a man who faced incredible suffering – his trust in God was in a word… fearless. Through cancer, through chemo, through open-heart surgery, through dialysis, through countless other ailments, through being an immigrant, through putting six kids through college as a blue collar worker, and many, many other challenges, he steadfastly kept his fearless trust in God. Out of the many Bible verses that my father committed to memory, he chose this one to be his enduring legacy.

My mother then began to tell me the story of the present.

“You see, before he was even diagnosed with cancer, he came across this painting. He immediately said, ‘This is for Pablito, to place in his office.’ However, the price was too high for him. So he inquired and the store allowed him to place the painting on layaway (a very Miami thing to do). Soon after that, he fell ill. Treatment required him to relocate to Tampa for almost a year. When he returned to Miami, he soon went back to the store to inquire if the painting was still being held for him. It was in fact! He was ecstatic. “Your father loved lighthouses!” Mom explained. “Lighthouses were a reminder to always look for hope amidst the troubled waters and darkness of this world and its troubles. Lighthouses were placed on firm ground and their light placed high for all to see. Yes, Jesus is our lighthouse, but He calls us to be the same to the world. Your dad felt that your law firm was a lighthouse to all immigrants who are searching for a way to come to America. A beacon of hope to so many who are ready to give up. He just felt so strongly about that – and he wanted you to know that he was proud of you and he was proud of the work that you do and he wanted you to have this.” 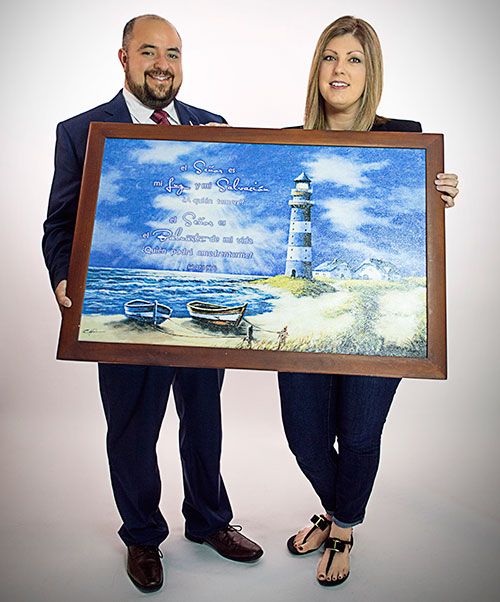 As immigrants to these great United States, the road was long and troubled. Many days were spent wondering what our future would hold. Would our American dream become a reality, or it would slip from our grasp? Our faith in God, our unity as a family, our fearless leader, our hard work, our determination, did finally bear a plentiful harvest. We first arrived in the United States in 1979 from Bolivia. A humble beginning that included living in trailers, working in chicken farms, and blue jean factories, moving frequently, and finally settling in Miami, FL. In 1996, I became a U.S. citizen. Never forgetting the sacrifice of my parents – they gave up their conveniences so that we could have a better life.

The Lighthouse represents both our aspiration as a Firm, and a reminder of where we came from. We too, came searching, looking for a better life. Like every generation of Americans before us. Some crossed oceans; others, deserts; and yet others, the equator. But the dreams and sacrifices, their stories (our stories), is the story of America. The rejected stones became the cornerstone of the nations. The tired, the poor, the huddled masses yearning to breathe free, became the greatest nation in the history of earth. And many more share that dream and that hope for themselves and for their families. Our desire is to be that Lighthouse for the generations of new Americans yet to come. Thank you for taking the time to consider us as your legal counsel on your immigration journey. It is truly our privilege and honor to serve you.